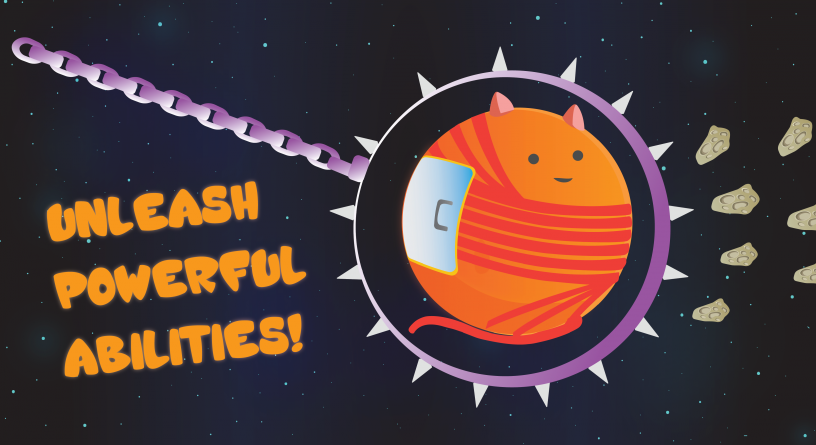 Being a cat in space is not always an easy task. Especially when the Dog Empire is chasing your poor cats. Having access to powerful abilities is a nice to have when facing dangerous foes. Here is a non-exclusive list of the amazingness that awaits the cats!

Spiky Bumper
Enables damaging enemies and obstacles by ramming into them

Anti Gravity Beam
Enables the pushing around of obstacles and enemies

Grenade Launcher
These shots explode on impact with anything!

Wrecking Ball (mothership ability)
The mothership transforms into a deadly wrecking ball that is flung into enemies for massive damage!

Super-Bomb (mothership ability)
The mothership drops a huge timed bomb that will obliterate everything around after a few seconds!

Lockdown (mothership ability)
A protective shield envelops the mothership, absorbing the blows of many an attack.

Chain Lightning
An electricity beam appears between two of the player’s small ships, destroying enemies passing between them.